The Ties That Bind

Edit
This article is a stub. You can help Terra Battle 2 Wiki by expanding it.

The Ties that Bind is the third chapter in Terra Battle 2 Story.

“You’re just gonna leave her, then?!”

Kukurakan raised his voice in anger.

The boy couldn’t believe that the villagers had refused to go after Sarah because she had broken two of their commandments:

You are not to leave the village without good reason.

You are not to trespass on sacred ground.

“Chasing after them would only endanger more lives. Our ancestors passed these traditions down to us for a reason, Kukurakan.”

“Would you rescue them yourself?

You know as well as anyone of the dangers that lurk outside these walls.”

“When she left, Sarah endangered not only her own life, but the lives of three young ones as well…”

What are you going to do about them?”

“Their parents have been told…

“They plan to just give up

Ur: a village overlooking a forbidden valley…

The place where Bahamut is enshrined.

They act as guards, keeping watch to prevent anyone from entering.

“Sarah willfully broke with the traditions that protect this village, and must pay the price.”

No, not just the village…

These laws protect all of Terra.

Nene: Get a grip, Kukurakan! Stay calm and watch how they move!

Kukurakan: Ah, geez… not more of them!

Nene: See? That wasn’t so bad, was it? You’ve got it in you, Kukurakan. You just have to believe!

Kukurakan: You’re right… besides, I can’t die here. Not until I rescue Sarah.

Nene: Not until We rescue Sarah, you mean?

Kukurakan: Listen… I had a dream last night.

Nene: A dream? Of Sarah? 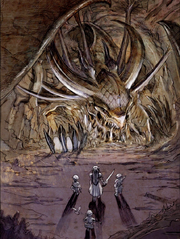 Kukurakan: It was a bad one… Something must have happened to her and the others.

Kukurakan: ...Nene? Thanks for keeping me going. 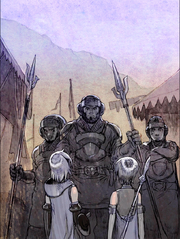 Soldier: The dark soldiers have made camp up ahead. This is no place for children. Turn back!

Nene: But we’re looking for someone!

Ganah: The scouts report generators nearby. We’ll have to destroy them.

Soldier: More generators, sir? Just how many are there…?

Ganah: Who knows? The only certain thing is that those generators will keep creating monsters until we destroy them. The sooner, the better!

Kukurakan: Keep creating monsters? What is he talking about…?

Nene: Not sure, but it doesn’t sound good…

Cynthia: Hey, what are kids doing here? Are you two lost?

Soldier: Err, they appeared out of nowhere just a while ago--

Ganah: Cynthia, we have to go, now. Questions can wait!

Nene: Hey, Kukurakan… What should we do?

Kukurakan: He said they were going to fight, right? We can’t just stand around and watch. Besides, that’s the only way into the valley.

Ganah: What are you two doing here?!

Kukurakan: We want to help!

Nene: Those things are in our way, too. Let us help you defeat them!

Kukurakan: That’s a generator, huh? Is it creating those weird creatures around it?

Cynthia: If we leave it, enemies will keep pouring out. That’s why we need to destroy these things whenever and wherever we find them. Are you up for that?

Nene: Don’t worry. We can handle ourselves!

Ganah: Don’t get too far ahead. We lead and you follow, understood? 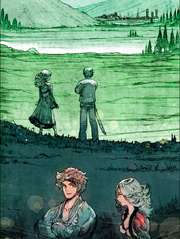 Ganah: Rgh… More of them? It just never ends!

Cynthia: We have no choice. Every last one must be destroyed.

Ganah: Right. If we don’t take care of these, our camp won’t last a single night.

Nene: We’d better get started, then!

Ganah: That’s what I like to hear. Cynthia, how are you holding up?

Ganah: Alright, move out! Not a single one stays standing!

Nene: What is that thing!?

Ganah: The one setting up the generators. We can’t let this continue! Go, now! 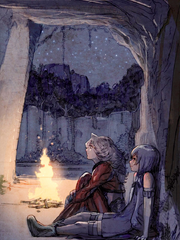 Nene: Sorry if I have the wrong idea, but… You and Ganah get along well, right? It’s like you’re dancing to the same tune. I’m a little jealous!

Cynthia: Oh? You’ve got someone of your own, don’t you? That boy who’s fighting alongside you.

Nene: Who, Kukurakan? Oh, no, he’s just… a friend… And I’m sure that he feels the same way about me. 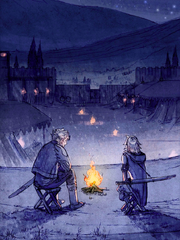 Ganah: That girl’s called “Nene,” right? She sure is courageous.

Ganah: Did I say something strange?

Kukurakan: No, it’s just… People always say that about her. 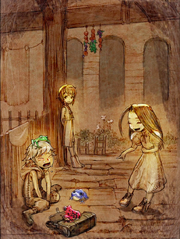 “Hehehe! You’re such a crybaby, Kukurakan!”

“Sh… shut up! Why’d you go and stick shiny frogs in my bag?”

“Come on, Sarah… you’re overdoing it…”

She was always up to mischief,

but Sarah would, without fail,

She always said the same thing:

The way she said it made it seem like a good thing… And so I resolved to not get angry again.

Kukurakan: Ganah… The dark soldiers… Just who, or what, are they…?

Ganah: ...Members of an army of darkness. We call it the “Dark Legion.”

We don’t know where they’re from, or what they came here to do…

Only that every clash with them ends in more of our comrades being turned to stone.

Ganah: All the more reason to fight. To keep them from running wild over everything we hold dear.

Kukurakan: I had no clue that things like that were happening outside the village.

Ganah: It’s not just the village. Tragedies like that happen every day all over the land. Kids like you shouldn’t be out here. My men will take you back to Ur tomorrow.

Ganah: From here, we go our separate ways, but… we’ll keep an eye out for the people you’re searching for.